House in the Dry

A country home that seeks to harmonise with climate and landscape.
House in the Dry is located on a large subdivision land formerly used for cattle grazing, the land was scarred and arid through the combination of its previous use and the worst drought the region had experienced. 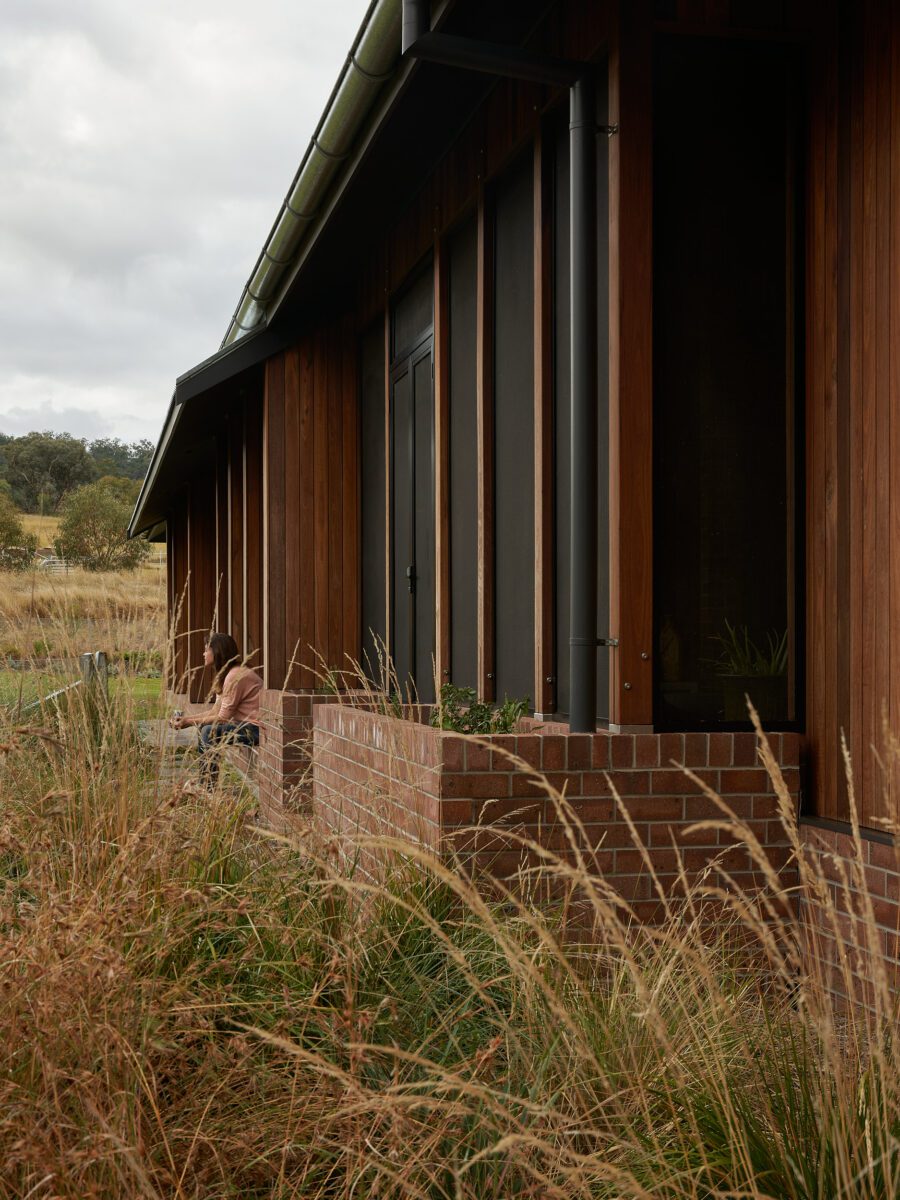 House in the Dry is located on a large subdivision land formerly used for cattle grazing, the land was scarred and arid through the combination of its previous use and the worst drought the region had experienced, a condition that prevailed throughout the design and construction of the home. The climate and in particular the changing environment, marked by longer and more intense dry spells, was always going to be central to the design of this home. In addition to passive design principles for the building we were also interested in how the design of the home could provide an oasis for the owners but also contribute to the repair and regeneration of the surrounding landscape.

Our clients fell in love with the northern views of the distant hills, unusual for the area, and were keen to create a home for themselves close to family. They were conscious of the challenges of designing to the local context but wanted a home that fit into the landscape and that was connected to the site rather than insulated from it.

The brief called for a large shed in addition to garaging for cars and separate guest wing in addition to the main residence. By linking all elements of the house under a single continuous roof around a central garden courtyard, roof catchment area is maximised while shaded outdoor connections are created between all parts of the house. The central garden also plays key role in creating cooling breezes in the covered outdoor rooms and breezeways through temperature variations between the courtyard garden and the surrounding landscape. The courtyard garden becomes a lung for the house and at all times of the day there are shaded portions as the sun tracks over the sky from east to west.

The built form and the garden space enclosed and those beyond the house create an ecological relationship that varies depending on the exposure of the house to the outdoors. While the courtyard garden is a planned green space beyond the home native grasses and wildflowers have been reintroduced to the landscape.

Seen from the road the simple sculptural form of the two black sheds with silver roof over evoke agricultural out buildings rather than a house. A glimpse through the gap between them however offers views through the house and to the landscape beyond. The main living areas of the house accessed via the covered breezeway and courtyard garden then through the thick wall of locally sourced stacked stone.

Inside the living, dining and kitchen space, although open plan, are each defined by high hipped ceilings that break do not mirror the simple gabled roof form over. The long wall of windows to the north and the view of hills beyond also varies, framing the landscape differently depending on the space you are in.