A new suburban home that breaks with tradition by facing living areas towards the street.
Fairfield Hacienda is a suburban family home. Connected to the street and the neighborhood by a north facing semi-enclosed courtyard it is a house that embraces the optimism of the suburbs while providing sunlit living areas surrounded by concrete block and under a cedar ceiling. 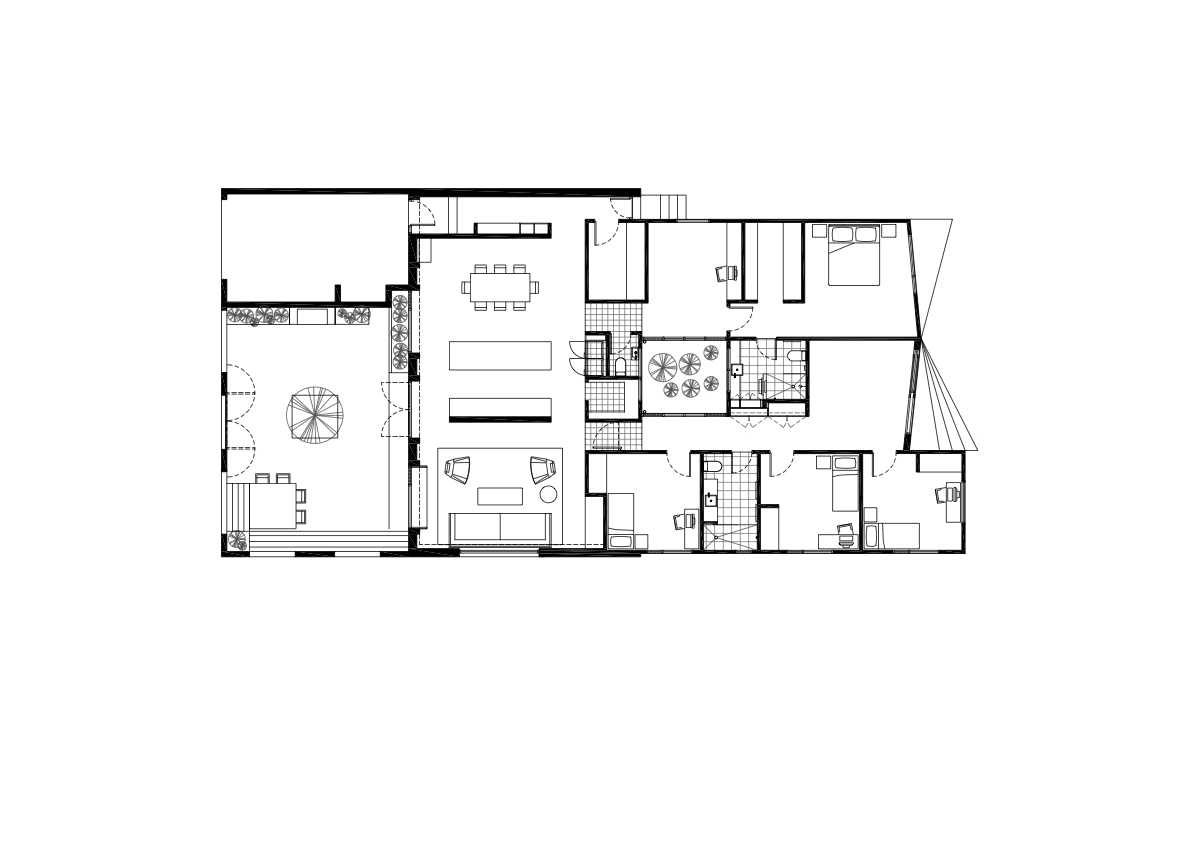 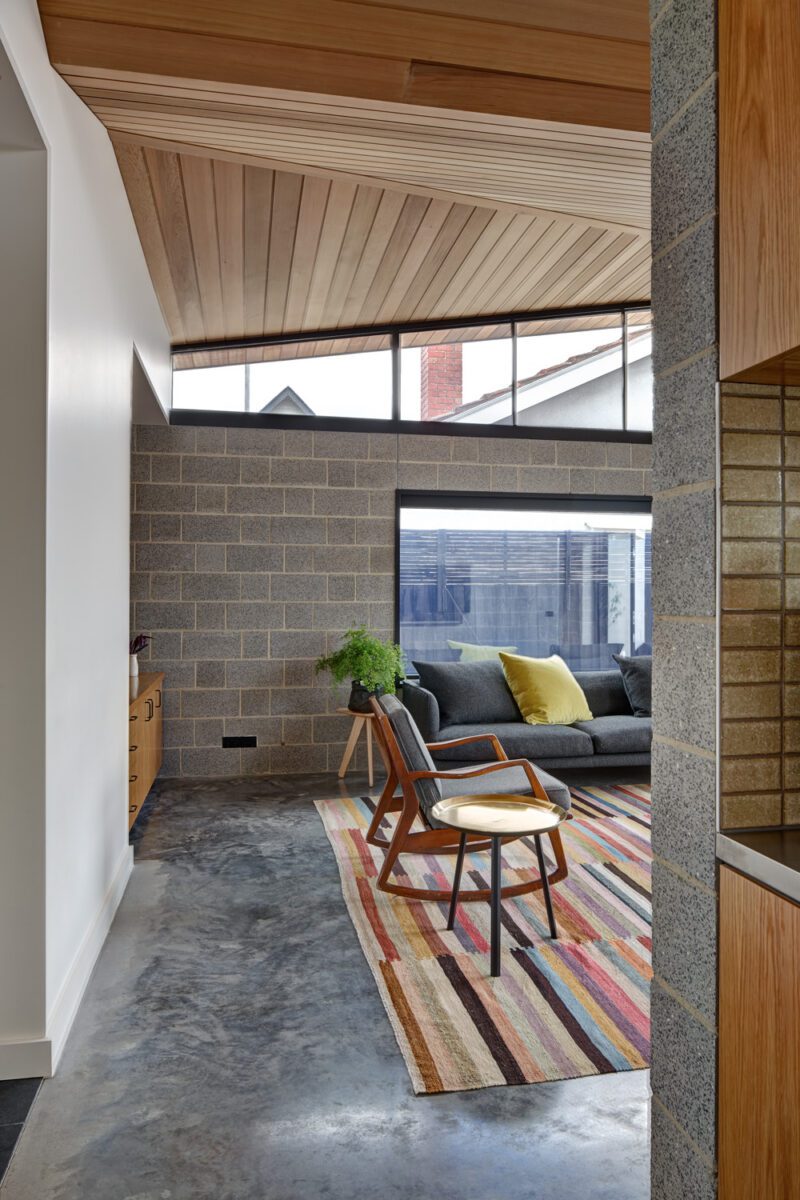 On the fringe of Melbourne’s inner suburbs, this new family home sits in an established residential street of Victorian villas and Californian bungalows. From the footpath, the Fairfield Hacienda with its angled roof fits into the landscape of single-level homes, effortlessly picking up the street’s original pattern of hipped and gabled roof forms.

A closer look however, reveals that this new house sits behind a sunny, walled courtyard. This room without a roof, except for a sheltering courtyard tree, is an extension of the living and dining spaces that open onto it. The enclosed courtyard is located to the north of the house and creates a buffer between the street and the house allowing the living spaces to open up to and access northern light and warmth.

The front wall of the courtyard matches the front setback of the adjacent neighbours. In holding the typical front setback of houses along the street, and setting the house to the south, a sun filled outdoor area is created that can be used as a living, dining or play area. The courtyard space also becomes a semi-public space allowing interaction between the owners and local passerby’s; responding to the owners desire that the house engage with the established residents in the area.

The concrete block walls of the courtyard continue without interruption through the house’s main living areas. These walls remain unchanged except for the patina. Outside they are rough and weathered, but become polished and honed once inside. The design is not precious of the courtyard walls, eventually vines and creepers will take over the exterior concrete block and create a walled garden that will change by season.

The living spaces are covered with an undulating canopy of cedar, a warm blanket of timber. From the exterior the roof form relates to the neighbouring roof geometries along the street but from inside the roof dips and rises to define the dining, kitchen and living spaces below. The timber ceiling is kept clear of down lights and services, all lighting is provided by concealed perimeter uplighting, at night the roof appears to float over the masonry walls below.

Beyond the living spaces the private zones of the house are arranged as two wings, a parents wing and a children’s wing, that wrap around a small courtyard. This central planted courtyard provides light and ventilation to the center of the house. Currently parents and young children can see each other through this void but over time planting will create greater privacy for older children.

The owners’ brief was to create a long-term family home, somewhere they could become a part of the street and its ongoing history. The Fairfield Hacienda sits comfortably within its local context while creating a contemporary light filled home that is orientated to the north and provides a variety of spaces to live in, both inside and out.

“The finely crafted living spaces connect strongly to the front courtyard. A raked cedar ceiling floats above perimeter walls, while the roof is a gable and a half, making reference both to traditional Californian bungalow gable ends and to the more modern butterfly roofs of the 1950s, when suburban homes were full of innovation, modesty and hope.”

Previous
Next
All Projects